After starting up in April 2017, the Prom Coast Food Collective (PCFC) has continued to grow in strength. With a pool of 24 farmers, the producer-led collective sell local, ethical produce online to customers in the South Gippsland region of Australia. Their focus on convenience for both farmers and eaters, and commitment to transparency and honesty has helped the Collective grow a strong community and promote the value of their local region.

The PCFC was founded by Sally Ruljancich and Amelia Bright, both small-scale farmers in South Gippsland. Ideas for the Collective began in March 2017, when the pair came together with Bronwyn Davis – a member of the local community interested in increasing access to the region’s local produce. The women identified a clear potential to revolutionise their local food economy: there was a desire from customers for easier access to local produce and a cluster of small-scale producers all farming with a similar commitment to regenerative agriculture and desire to connect more directly with their customers. From these ideas, the PCFC was born!

As Sally recounts, it only took about five weeks from the initial concept to hosting the first Convergence Day in April. But there was considerable work involved in these initial weeks. The pair first had to assemble a group of producers who, importantly, aligned with the Collective’s central values. They were looking for producers who were collaborative, delightful, farming with regenerative methods and who had delicious produce.

They also needed to set up a significant amount of online infrastructure. The first big decision was choosing an online portal to support their model. The women believed that Open Food Network was their best option, particularly because all the producers would be in charge of their own back-ends – taking a lot of work away from Sally and Amelia. Once this was set up, all the producers were able to create a profile and upload their stock.

“We turned two last week and in that time the collective has returned $351,590.20, ploughed back into local farms…The model did not take anything to get up and running. And no funding.”

The PCFC works through the group’s online ordering portal on the Open Food Network. In the first two weeks of the month, each of the Collective’s 24 producers update the store with their available produce. This means that the producers are in charge of what they are selling, how much and for what price. From here, customers are able to shop online and choose products from multiple producers – making a single order and payment. Then, on third Sunday of that month, all producers and customers come together for two hours in the afternoon at the Blue Tree Honey Farm in Dumbalk. This is the time when customers pick up their produce, but the Convergence also encourages conversations and connections between farmers and eaters.

“People aren’t simply grabbing their bags and going,” Amelia explains. “They are making connections, letting the kids run about, sharing recipes, bringing friends along to experience the afternoon, learning about each producer’s farming techniques, collaborating with each other and then heading inside to the tea rooms for a cuppa.”

Transparency in buying and selling is a key element of the business model. All parties involved know exactly where and who the money is going to, and importantly that it is a fair price, which has been determined by the farmer. While the money goes into a central bank account, it is then allocated to each farmer depending on their sales.

As well as giving farmers a fair price for their produce, it also provides the financial security and surety which Amelia and Sally believed were lacking from other models.

“There isn’t enough surety to kill a beast for a farmers market where you may or may not sell it,” Amelia explains. “It can devastate your family when you come home with a freezer full of meat which you then have to discount. It is soul destroying, and when you work on such small margins in a small-scale farm you can’t afford not to have financial security.”

As well as financial security, the Collective also provides much needed marketing support for its small-scale farmers by encouraging producers to pool their resources and market more effectively to a larger customer base. For example, Colin and Sally use the Convergence as a “drop-off” day for their CSA customers, thereby encouraging them to buy produce from the Collective’s other producers.

All producers know exactly what they have sold prior to the Convergence and so there is no unpredictability like in a farmers’ market. This also means no waste, which is particularly pertinent for veggie growers who don’t have to take out excess produce from the ground. A by-product of no selling on the day is that less pressure is placed on making a sale with customers, meaning there is more time for relaxed discussion and real relationships between farmer and eater.

The Collective’s producers were selected to complement, rather than compete with each other. The spectrum of produce offered therefore ranges from organic fruit and vegetables; pork, beef and lamb; bread and olive oil; all the way through to natural beauty and cleaning products. While this lack of competition is great for producers, it also means that customers are able to buy the majority of their monthly staples in one convenient shop.

Providing a livelihood for local farmers

“We turned two last week and in that time the collective has returned $351,590.20, ploughed back into local farms,” Sally says. “The model did not take anything to get up and running. And no funding.”

The Collective have since expanded to include a number of local and urban drop off points. They are turning over around $20,000 each month, putting money directly in the pockets of local farming families. 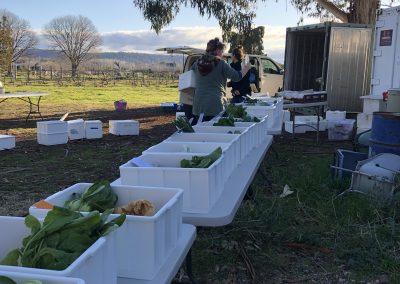 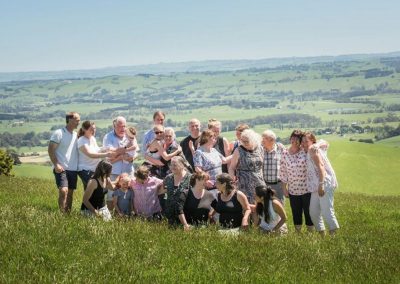 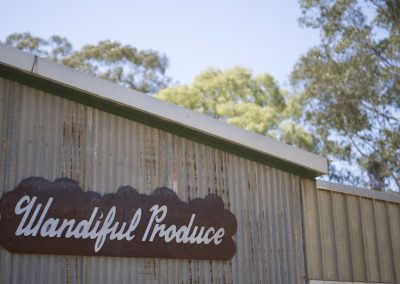