Beechworth Food Co-op was formed in 2014, with a long-term strategic approach to connecting local growers and eaters. The first step of their strategy was to build up a strong co-op membership base before they tackled the more difficult task of managing fresh, perishable produce. Read more about the important first stage of this project.

After two years, the Co-op had over 800 members and was offering over 450 products. From that position they felt able to take on offering a fresh foods scheme, and in January 2017 the co-op launched Co-Op FRESH.

Co-Op FRESH has a two-pronged approach:

The Co-op works with 35 different local growers, however not all of these are considered ‘priority growers’ as they supply incidental amounts in an ad hoc fashion via the Fresh Marketplace – this is an avenue which is available to any and all growers and will eventually use the OFN sales platform to support and boost growers’ sales. The larger scale growers who contribute to the weekly box scheme are the ‘priority growers’ and they have created a transparent Growers’ Agreement which they have all signed (more details below).

The co-op started working with one grower, and now the CSA supports seven primary growers, and has a commitment of 25 boxes. The CSA seasons run for 12 weeks each season and runs for Spring, Summer and Autumn with an undefined plan around Winter at this stage.  Customers are asked to subscribe 6 weeks before the start of the season so that farmers have time to plant.

The price paid for each type of produce is set at the start of the season, and all farmers are paid the same price. The price set is based on the premise of paying farmers the fair price for their produce, so the growers negotiate a price that works for all of them. For some, this meant lowering their price slightly, but for many this allowed them to actually pay for the labour and inputs required to keep their farming practices sustainable for the long-term. The aim was to also keep turnover of growers involved in the scheme low by making it a sustainable business option for them.

The participating growers are mostly small-scale growers who wouldn’t be able to sell into supermarket chains due to their size, but this gives them a steady outlet of sales. Some (but not all) growers are certified organic, although all of the growers share a growing philosophy of minimal intervention and sustainability. Many of the growers also run their own CSAs, or sell at farmers’ markets.

There were unanticipated challenges managing expectations and relationships between growers during the box scheme’s set-up. Growers hadn’t worked together in this way previously, and felt unsure about sharing their experience with ‘the competition’. This was mediated by bringing together all the growers to create a formal growers’ agreement, which clearly sets out which growers are involved, what the co-op will buy from each grower, and ensures that growers felt the process was transparent and fair.

The co-op has made a number of marketing and community engagement commitments with each of the growers – many of whom didn’t want the burden of undertaking their own marketing. This includes an open farm day for each farm, and creating a grower profile that is shared on the co-op website and in-store. They have also arranged local media coverage, and growers report back that being involved with the co-op has meant more people recognise their brand.

Convincing people to join the CSA (and then stay)

Thanks to the Beechworth team’s work building up a large co-op membership, there was strong initial interest in the box scheme.

This however was followed by an initial drop in numbers, as people struggled with the concept of the CSA. There was confusion over the difference between supporting local growers – including those too small to warrant organic certification – and supporting organic produce that was bought wholesale from markets.

Because the same growers are supplying ad hoc amounts of the same produce in-store, there have also been times when CSA members have been unhappy as their CSA seems expensive that week in comparison to in-store prices, although there are hopes that as the season progresses they will feel happier with the arrangement. For example each ‘item’ in their box might cost $5, and for one week that item might be a 1kg bag of tomatoes, while 1kg of tomatoes might cost only $4 in-store. But the following week, the one item that costs $5 might be a 5kg bag of tomatoes, while still costing $4/kg in-store – so CSA members are benefiting greatly that week.

The message the co-op is trying to convey to CSA members could be summed up as “if you take the risk and commit to our growers, they will share their abundance with you”. They also sent out a more detailed letter to their members explaining the model. You can read that on the OFN public library, and there’s an article with some other examples of explaining CSAs’ value.

The financial model and future plans

For this box scheme, the farmers negotiated a fair price (as detailed above), and the co-op adds very little on top of that – only 10% of the final box price goes towards covering their costs, the other 90% goes to farmers. This can be as low as it is because the co-op subsidises the “Fresh” offering via the dry goods range which has a much higher profit margin built in.

In terms of risk, the co-op has taken on the responsibility of selling 25 boxes. Around 20 are sold through subscription, and they sell the remaining few on an ad hoc basis each week. This allows people to trial the concept without having to commit to the full 12 weeks, which the co-op hopes will create new customers for the next season, although this is as yet unproven.

For produce sold in-store, the grower bears the responsibility, with unsold produce returning to the producer.

There are challenges to both in-store sales and the box scheme, with far more organisation and risk involved in day-to-day management of in-store produce, but a greater initial hurdle to convince customers to sign up to the CSA.

But there have been additional benefits to starting the box scheme, mostly thanks to the fact that customers pick up their box from the co-op store (rather than being able to choose a delivery service). Thanks to that arrangement, the co-op’s sales of dry goods have increased 22%, and they can see that many more of their members are completing the bulk of their weekly shop through the co-op, and shopping there more regularly – all of which further financially supports the organisation and its ability to support local growers.

The co-op hopes that over 2017 the box scheme will become a settled feature, and that the stability of supplying the CSA scheme will support development of more in-store options for produce.

Want to know how the co-op avoids plastic for its salad products? Or keen to know more about how they set up the scheme, and hear about what they’re learning along the way? Follow the discussion about experiences setting up food hubs on the Fair Food Forum. 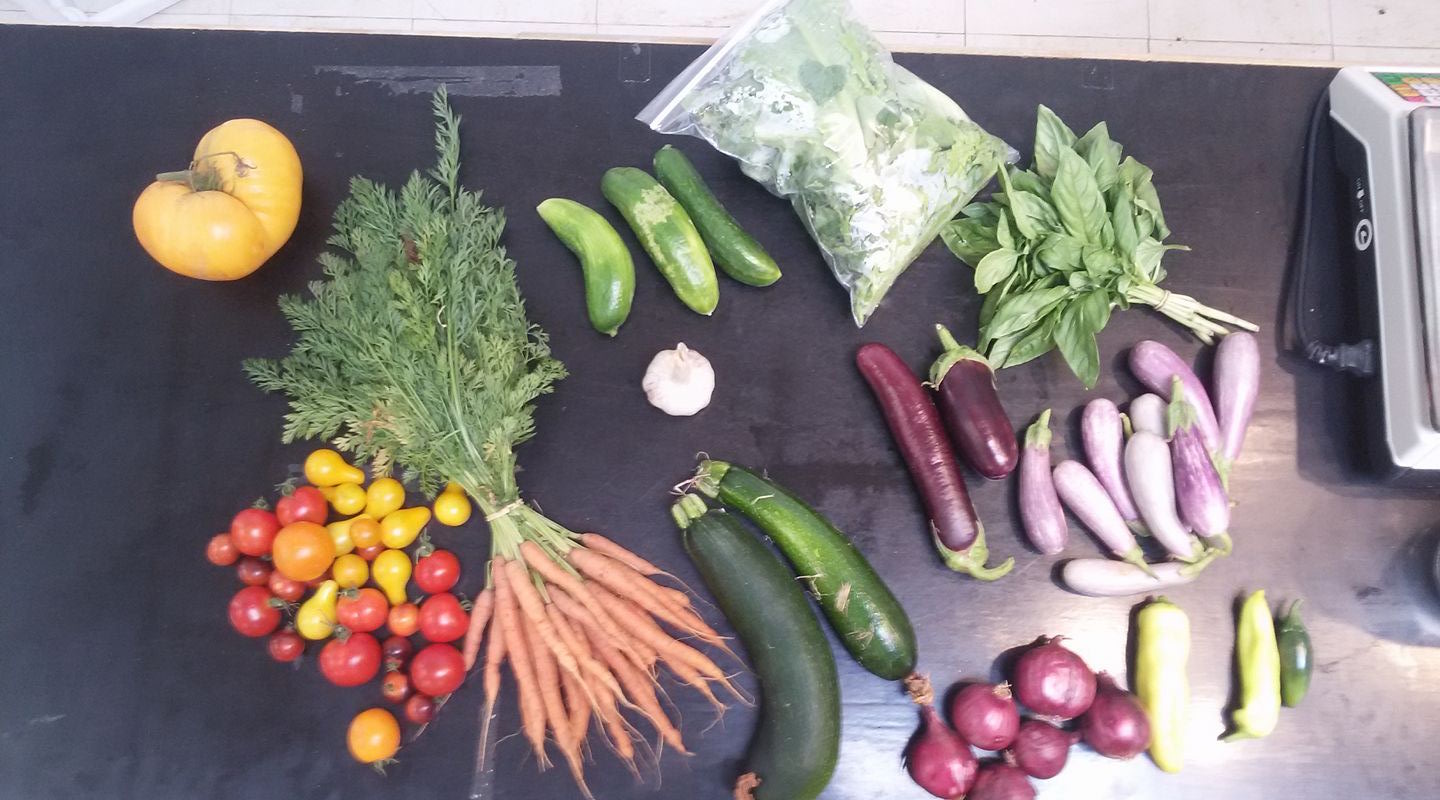