“I think the ultimate farmer for me is someone who has a social reason to do something,” Jay Rivett says.

As one part of the successful Australian Pumpkin Seed Company, he has good reason to think it’s possible to achieve social outcomes alongside a solid, ethical and environmentally sustainable farming business. The company donates 10% of their time to helping other farmers, they share their equipment for free, pay for an organic consultant to help other farmers get growing organically, help other farmers find new value-adding opportunities, and allow others in need of a helping hand to get started in farming by using their land.

Jay grew up on a farm and now works as the ‘oil press master’ in the artisan oil mill side of the business, having first spent time working as a chef, baker, and winemaker in Australia and internationally, including playing a role in establishing the Milawa gourmet region.

He works alongside his business partner and wife, Sharan West-Rivett, who manages the farming side of their operation. Sharan is a third-generation pumpkin seed farmer – her father drew on his Slovenian farming heritage so the family could start commercial pumpkin seed farming in Australia, and the family is still the only Australian edible pumpkin seed growers.

While Sharan and her family pioneered the crop in Australia, Jay and Sharan continue to build on that legacy by pioneering new ways to deliver social benefits through their farming.

“We see our business as a tool to help other people,” Jay says.

“Sharan now employs other farmers to grow the product (similar to contracting) but we provide them with free machinery, organic training – so we supply money for a guy to go round and actually teach them how to become organic certified so that’s a service we fund – and then we help them through that transition to being certified.

“We guarantee them income [by agreeing to purchase their product], and then we also now use the oil mill as an opportunity to help other farmers value-add their product as a free-of-charge service, so basically they just cover their costs. It’s just like many community mills throughout Europe, except they become a business, whereas we’re doing it as a social enterprise.”

The partnership often get asked by other business owners why they do it, and how they make it work. Although there have been a few perks in the form of savings, such as by getting a cheaper price on bottles by purchasing as a co-op, for the most part their answer is ‘because we can’.

“We had the infrastructure, we had a lot of the equipment, and everything was working as a business, so all we did was look at the business in a pie structure and say can we afford to have 10% of our time dedicated towards helping other people make profit, so it’s no different to donating your time at a church or something, except you’re doing it at your own business. It doesn’t take away from our profits other than the time could be spent making more profits, and the equipment that’s not being used on Wednesday or Thursday in your shed could be utilised to help someone else value-add,” Jay explains.

Jay also spends time helping other farmers establish connections that may allow them to value-add, for example connecting a pine nut farmer with a number of nut cracking businesses he works with to test out how to crack the nuts (which currently aren’t grown commercially in Australia).

The team is now working on new ideas where they incorporate sharing some of their land as part of their crop rotation cycle.

“Why can’t we give out an acre of that paddock to someone who is of need, whether they’ve come from a background of mental health issues or unemployment? Maybe we can help them establish their own market garden, and if it doesn’t cost us anything and we’re helping another person grow, and growing someone else’s business to become bigger or actually growing a business from scratch, then I think everyone can afford to do that, it’s just donating a bit of time,” Jay says.

Are there things you want to talk about on this topic? Join in on the Australian Fair Food Forum. 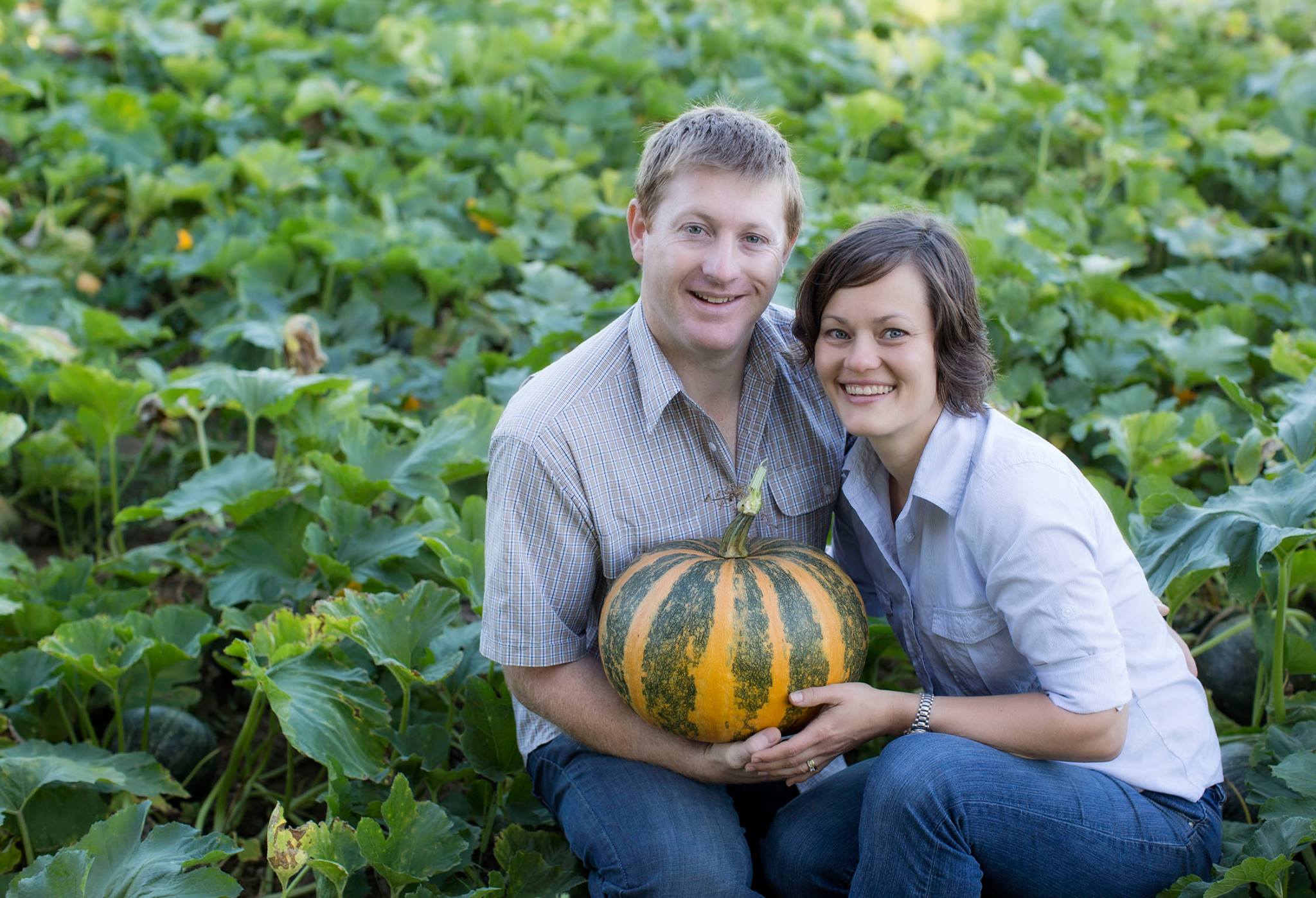