Building and maintaining long-term, honest relationships with their farmers and customers is a key element of Edi Grocer’s business. Through this network of people, Edi Grocer has developed a strong community. As Jono and Jessie have found, this community has provided people with a sense of belonging and place, while also proving a great way to open up dialogue around fair food and sustainability.

With both groups, Jono and Jessie believe that trust and authenticity is key.

The approach for farmers is the goal to make it as easy as possible for them to support Edi Grocer. This means picking everything up, fitting in with the growers schedule, and working around particular irregularities in their harvest, for example surplus produce. It also means lending a helping hand wherever possible, even in harvesting!

“A lot of farmers like our idea, but it’s whether it’s actually feasible to fit into their life,” says Jono. “We know who we are in the scheme of the food system, and we are nobody. So, if we can make it as easy as possible for them, the better it will be.”

Edi Grocer’s network of farmers (50 in total) is seen as more than just suppliers.

“If you commit to the idea that these farmers are going to be feeding us, then you have to treat them as human beings at a basic level, but also as friends and as partners. That’s the most important thing,” says Jono. “That includes the pickers and farm workers too”

Their approach to pricing is a key element to building this mutual trust and respect. Edi grocer is wary and careful not to play into traditional power dynamics, such as those typically employed by larger commercial supermarkets when buying and pricing.

“We never give farmers a price they need to meet,” Jono explains. “We explain that if their price fits into our budget, then we are very happy to buy their produce. We try to respect their requirements and maintain a dialogue through the whole process”

Edi grocer believe it is really a testament to the quality of the region’s local produce that they have built such a strong customer base.

“The produce speaks for itself. We don’t have to do that much convince people other than let them try it, and there seems to be a real demand for it,” says Jono.

For Jono and Jessie, open and transparent communication with their members (they don’t see them as “customers”) is crucial. This means emphasising the importance of their regular and consistent support, listening to different families’ needs and allowing for some flexibility and tailoring, and making sure everyone knows where the food comes from, and equally where the profits go – most to the farmers, and some to wages and reinvestment in the enterprise.

There is also a ‘secret group’ on Facebook for all those involved in the Edi Grocer community to swap produce and recipes. This has been an important place for collaboration, allowing a levelling of the ‘business’ and its members, and a genuine and trusted way to get feedback from customers.

The Edi Grocer shop front has become an effective way to connect with customers face-to-face and gain exposure through foot traffic.

Keeping the number of weekly boxes at a relatively small number, and only increasing regular box spots as capacity grows (looking to cap at 100 families), has presented some interesting difficulties as they have not been able to fully incorporate all interested customers into the vegie box scheme (ie. surplus in demand!). Instead, they have had to establish a waiting and mailing list. Edi grocer makes sure to communicate to those on the waiting list that they we will be brought in when the enterprise has the capacity to do so, but for some people this has been months. With this sense of scarcity from the wider community there come considerations.

“We want to avoid exclusivity, while at the same time maintaining a close-knit group,” explains Jono.

Ultimately, Jono and Jessie are proud of the strong sense of community that Edi Grocer has been able to foster.  By building honest and trusting relationships between farmers, eaters and themselves, the enterprise becomes something far bigger than just ordering vegies online.

“A strong and connected community will ensure not only the long term viability of Edi grocer, but also fosters a stronger and more resilient neighbourhood, which is great for everyone’s wellbeing!”

Read a full case study about Edithvale Community Grocer, or ask them more about their approach on the Fair Food Forum. 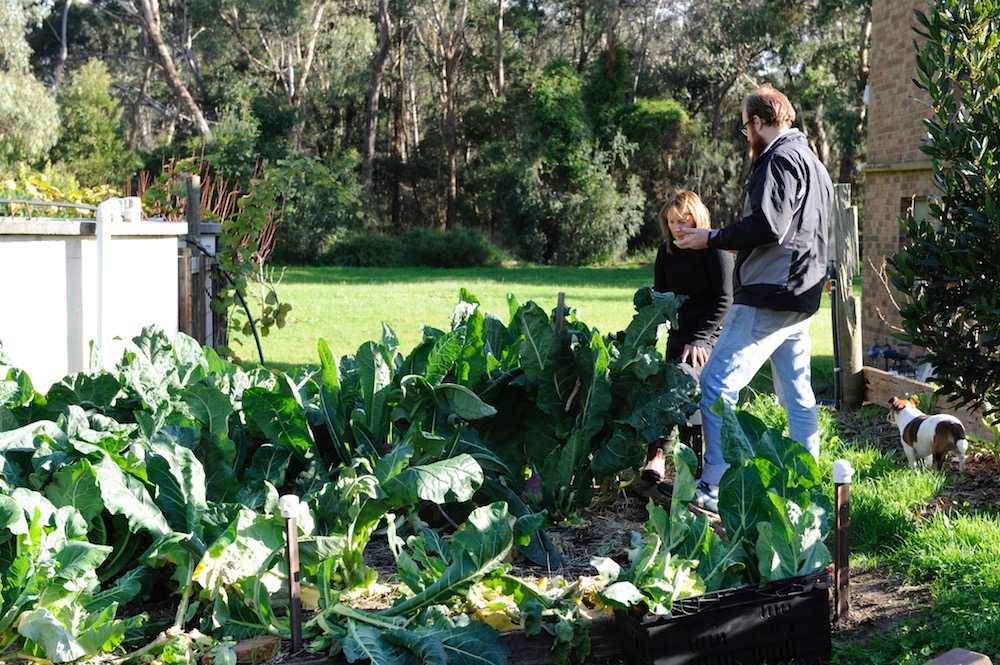