The value of community-building for the commons

In the last year, we’ve been realising that how we work at the Open Food Network is in fact one of the most important things that we’re creating, as we go about the task of building a better food system. Recent discussions with other thinkers in this space at a Global Commons Forum in Korea affirmed this idea, and gave us new ideas to ponder as we continue forward.

Open Food Network has never just been about building a software platform or a better food system, at its core is a belief that we can also build better ways of doing ‘business’ and of creating and sharing knowledge. That’s why we create open source products and why we create locally-led organisations around the world who contribute to a Core Commons that is owned by everyone.

Connecting with the commons movement

When the project was still just an idea in Kirsten and Serenity’s brains, one of the people they spoke to at length about the concept was Michel Bauwens, the founder of the P2P Foundation and a leading thinker on how new, more just economies can be created.

So when the invitation came through for Kirsten to join the inaugural Global Commons Forum in Seoul, after much dilemmarising over air travel, we decided the opportunity to learn from others in this space was too good to miss. (And we are working towards ensuring all our air travel is offset with trees planted this year on local farms.) Kirsten spent a few days with Michel, Jose Ramos, Neal Gorenflo and Gibin Hong, who are just some of the people helping to construct new economies and new thinking about how we build solutions to our most pressing problems in ways that benefit all of us.

How does change scale?

An interesting point raised by Neal was around project maturity: from his work with https://www.shareable.net/. He suggested that it is not enough to look to ‘seed forms’ of new alternatives as strong indicators of the future. Institutional policy and financial support for promising innovations are critical if they are to be scaled and moved into becoming truly viable options with the potential of tipping over into mainstream.

He also reflected on projects that have been held tightly by their original founders, who could see a technical solution that was needed but failed to build community around it. Their rate of long-term failure was another affirmation of our open approach, and of our decision to open up more of our work to an open source model.

The value of community-building

It came through strongly in discussions that choosing to work in a distributed, open governance model, and building community the way that we have, is probably the Open Food Network’s greatest success, as it underpins the entire project’s resilience and energy. It has allowed us to attract food systems leaders in countries around the world, with each person contributing enormous amounts of energy and new knowledge and imagination to what we create.

By being flexible and adaptive, we’ve allowed the Open Food Network to flourish and take on new projects and contribute in unforeseen ways. We’ve also depended on some incredible community facilitators through this growth, in particular Nick Weir (UK) and Myriam Bouré (France).

The strong community that we’ve built around the project enables us to work together strongly and with a belief in the projects and systems we’re building, even when resources are scarce – which they usually are! It has been interesting to reflect on how we organise and redistribute resources, when considered in light of the idea that one of the significant challenges facing the world is how people will work together as resources run out and climate change impacts are felt. The skills of community builders in this era are going to be incredibly important. 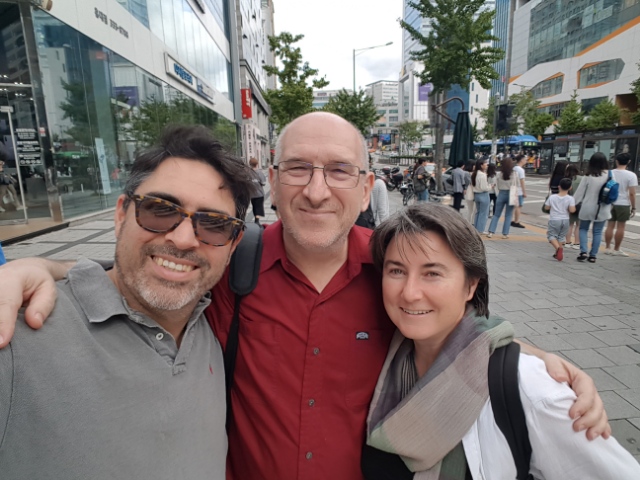